Through the Traveler's Eye

These fertile realms of land and sea pulsed with literary and cultural energies long before the arrival of the written word. Men and women worked hard for survival. Forebears preserved memories of ancestors, traditions and cherished wisdom in songs, legends and oral stories, ensuring their transmission through the generations. Oral stories eventually gave way to writing, and society’s thinkers began using the written word to relay their myriad experiences, thoughts and dreams. For centuries, travelers have described the changing face of Tainan and its environs from the perspective of the curious outsider. Bold adventurers from Tainan as well have struck out into the world and written of their experiences for their and future generations. Together, these authors have woven a rich tapestry embracing life within and beyond Taiwan.

The origin of the Eastern Savages remains a mystery. They live in the seas beyond the Penghus, at places like Qiwang Harbor, Jialao Bay and Li Dayuan … Scattered across thousands of li, their tribes are numerous. They are divided into villages … These savages are prone to violence, highly competitive, used to traveling day and night … able to go for long lengths without rest. (Chen, Di; Record of the Eastern Savages)

Chen Di, a Chinese soldier from Fujian Province, arrived in Taiwan with Ming naval officer Shen Yourong’s 1603 mission to hunt down Japanese pirates who regularly visited Fujian’s coastal villages. Chen recorded his experiences in Dong Fan Ji (An Account of the Eastern Barbarians), which was later also incorporated into Shen Yourong’s Report on the Fujian Sea. This earliest example of written prose related to Taiwan provides insights into the life and ways of indigenous Malayo-Polynesian tribes in the Tainan area.

Each morning emerging from their villages; All bearing bundles and bales. Hair carpeted in wildflowers; Teeth blackened by the stain of grass; A red belt tied in prayer for victory; Freshly made-up, a pendant of white jade. Skin glistening with deer tallow; Her bouquet with airs of outdoing the musk. (Shen Kuang-wen; Barbarian Women)

Shen Kuang-wen (1612-1688) is remembered as the “Father of Eastern Sea Narratives.” He first visited Taiwan in 1651 after being inadvertently blown off course in stormy weather. He returned to settle during Ming General Koxinga’s reign. After a falling out with Zheng Jing, Koxinga’s eldest son and heir, Shen went into seclusion in Backloun (Tainan’s Shanhua District), where he took up teaching. His many poems on the culture and lives of natives in the district and the vibrant society existing on the outer edges of the Chinese realm provide us with some of our most important descriptions of life in 16th century Tainan.

The hard sand shoreline stretches on to Chi-kun; The waves at Kunshen muddle sea and sky. Great ships are kept at bay; Such are the natural defenses of Lu-Erh-Men. The hollow thuds of frothy waves stiffen our plucky ship’s resolve. The fort of the “red hairs” hoves into sight; I board an oxen cart on the docks. Ending the day past old Fort Sakkam (Yu, Yung-ho; Taiwan [Bamboo Branch Poem]).

The two poems Taiwan and Aborigines were Taiwan’s earliest known examples of “bamboo branch poetry,” a stylized four-line, seven character-per-line poetic form popular in the Qing Dynasty (1644~1911). Both were composed by Yu Yonghe and included in his 1697 work, Travels through the Minor Sea: A Memoir. The first describes the precipitous cliffs of Luerhmen. Yu described Taiwan’s unfamiliar sights and scenery in poetry and prose, and gave readers an engaging, lively portrait of faraway Tainan.

Turbid waves swallow even the harshest midday sunlight here in the tropics. Amidst this odd seascape, murky and lightless … words fail to describe. Wandering this watery ‘desert,’ a sampan easily loses its way. Waves maintain their slow, incessant challenge, arriving one upon another from a distant horizon; We make our dogged dash to the open sea. (Satou, Haruo [1892-1964]; from Jyokaisen Kidan)

Japan took over control of Taiwan from China in 1895. From the 1920s, increasing numbers of Japanese were coming to Taiwan to travel, do business, work in the colonial government, and so on. Some, like Satou Haruo (1892-1964), who stayed for about 3 months, were passersby. Others like Nishikawa Mitsuru (1908-1999) chose to make the island their home. In Travels through the Colonies, Satou’s fictitious detective story Jyokaisen Kidan, set in Tainan, tells stories related to local sites such as Tutou Harbor and the Abandoned House. Written from the perspective of a traveler and outsider, Satou’s works nevertheless served to build empathy between Japan and its southernmost colony. In terms of Japan’s colonial literature on Taiwan, Nishikawa Mitsuru’s Sekikanki (Chikan Reminiscences) is considered one of the genre’s most influential and important works. 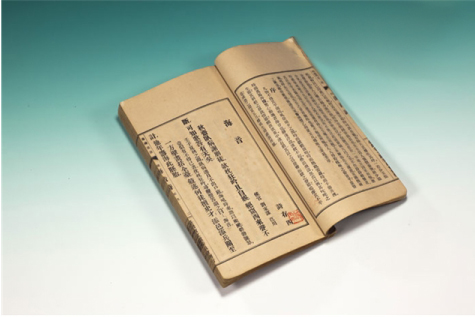 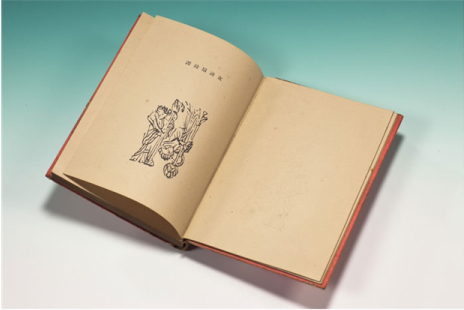